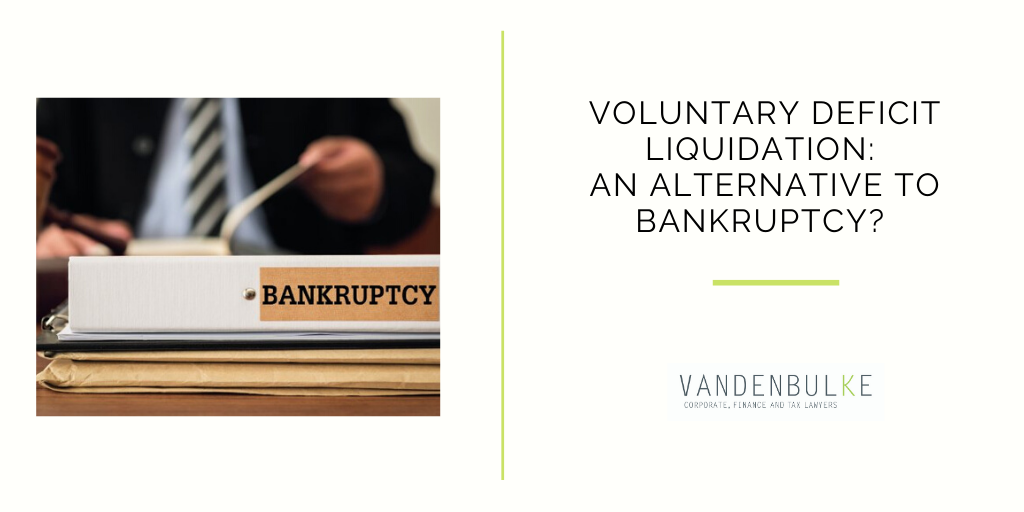 The role of the liquidator appointed by the shareholders is to recover and realize the dissolved company’s assets in order to be able to pay off the company’s debts and distribute any remaining funds (liquidation surplus) to the shareholders.

When a company goes through insurmountable difficulties, many turn directly to bankruptcy which seems to them the only way out. It is a mistake.

Indeed, nothing in the law of 10 August 1915 on commercial companies as amended (the “1915 Law”) imposes that the liquidation, in order to be closed, does necessarily have to end with full payment of all creditors. To the contrary there are some provisions in the 1915 Law that open the door to deficit liquidation, like the five years limitation period for actions available to the unpaid creditors against the liquidator starting with the publication of the close of liquidation (article 1400-6 of 1915 Law) or the obligation of the liquidator to pay all debts of the company “proportionally”, without prejudice to the rights of creditors benefiting from liens or mortgages (article 1100-8 of 1915 Law). However, the closure of a voluntary liquidation while debts are still outstanding can only be envisaged if the conditions of the bankruptcy are not met.

How to avoid entering into a bankruptcy procedure?

Bankruptcy is a procedure used to wind up insolvent companies under the supervision of the Court. The objective of bankruptcy is to realize in the best interest of its creditors the assets of a debtor who (1) is unable to pay its debts and (2) has lost its creditworthiness.  The latter condition may takes various forms such as the inability for the corporate debtor to obtain fresh funds in order to pay his debts or the refusal of the creditors to grant an extension to the payment period or to reduce or waive in full or in part their receivables. These two conditions are cumulative.

If the shareholders are not in a position to, or refuse to take over the remaining debts of the company, the liquidator facing an insufficiency of assets may turn to this option : filing a bankruptcy request or reducing the amount of debts in agreement with the creditors of the company (avoiding in this case to fall into the scope of a bankruptcy process, the condition of loss of creditworthiness being not met). The creditors may then give their consent to the closure of a deficit liquidation by:

Under certain circumstances, the silence of a creditor, who has been well informed in full transparency and treated equally with the other creditors in the same situation, could be interpreted as a consent to the closure of the liquidation.

What are the advantages for unpaid creditors to accept the closure of a deficit liquidation?

Although they have not been fully paid, creditors could have interest to agree for different reasons on the closure of the liquidation, rather than to file for bankruptcy, notably because:

What are the tax consequences of a deficit liquidation?

According to the Luxembourg income tax law, the Liquidation Proceeds correspond to the difference between (i) the net liquidation proceeds to be distributed to shareholders and (ii) the net assets of the company at the time of the dissolution as evidenced in the last balance sheet preceding the dissolution decision.  The Liquidation Proceeds include the capital gains realized during the liquidation process; indeed, during the liquidation the company assets are either sold or transferred to the shareholders, triggering the realization of any latent capital gains.

If and when creditors waive formally their receivables during the liquidation period, the company may have to record an increase of equity, resulting from the waived principal, or/and a recapture of charges related to the provision of interest previously deducted leading for the company to an additional liquidation income.  If not offset by corresponding charges or/and tax losses carried forward from previous years, this income may lead to a taxable profit.  The company may therefore not be in a position to face financially this increased tax burden, and the liquidator may be constrained to file for bankruptcy.

From an accounting perspective, in the absence of a formal waiver, either explicit or implicit, the liquidation financial statements will normally continue to record the indebtedness, capital plus accrued interest, which may well lead to a negative net asset value of the company.  In this instance, the company does not realize any accounting profit. However, a case-by-case analysis would be necessary for determining whether the tax treatment will follow or deviate from the accounting treatment with the view to ensure that no tax charges would arise.

Unlike Belgium, the Luxembourg legislation does not specifically address the liquidation in deficit, either from a legal or tax standpoint.  Belgian tax authorities esteem that if the deficit liquidation is not made for tax purposes, the absence of a formal debt waiver does not entail the recognition of any income and therefore any taxation for the company. This position should be a source of inspiration.  Especially in the expected wave of financial distress that the Luxembourg jurisdiction is unfortunately likely to face following the pandemic covid-19.