The attractiveness of Luxembourg for international lending and collateralization operations underpinned by a recent court decision.

Luxembourg courts ruled that collateral can be enforced and shares of a company appropriated by a lender even though he has not claimed repayment or if the debt guaranteed is not yet due and payable. Undoubtedly, lenders can extend the scope of contractual default under their security documentation without fear to see their enforcement rights denied.  For more detailed analysis read below our legal flash news. 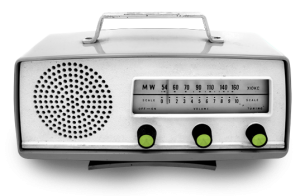 In a recent judgment the Luxembourg Tribunal of First Instance confirmed the validity of an enforcement of pledge over shares based on the sole notification of a breach of contractual covenants and notwithstanding that no payment default under the underlying debt obligations or their repayment had been required.

In particular, the tribunal rejected the demand of a pledgor of the shares of a Luxembourg company who sought to annul the enforcement of a pledge that he deemed abusive and fraudulent because grounded on the sole breach of a contractual financial covenant.

The terms and conditions of the senior corporate bonds contained various financial covenants and binding financial ratios to comply, including an Actual Financial Gearing ratio (Levier Financier Reel). Under the pledge terms, non-compliance with the Actual Financial Gearing ratio constituted an ‘Event of Realization’ triggering a potential enforcement of the Luxembourg security interests.

Due to a restructuring at the level of the group companies, the Actual Financial Gearing ratio could no longer be respected and the group companies endeavored to obtain a general waiver from the senior bondholder. This unanimous agreement was finally not obtained and the Luxembourg security interests were finally enforced by the security agent.

The demand to rescind the enforcement of the pledge was made on the basis of the following arguments, each of which was rebutted by the tribunal.

In particular, the non-compliance with the Actual Financial Gearing ratio (Levier Financier Reel), as agreed between parties in the security agreement, constituted a valid cause for enforcement of the security interest even if the secured debt was not yet due and payable. [2]

The Tribunal of First Instance rejected the argument that the enforcement of the pledge was manifestly abusive.  In support of his decision, the Tribunal of First listed four situations which can be considered as constituting an abusive use of rights;

The Tribunal ruled that the enforcement of the pledge with a view to restructure and recapitalize the company and its subsidiaries, and having as goal the reimbursement of its claim, was not diverting the purpose of the pledge.

Finally, the Tribunal confirmed that security agent, in the exercise of his realization rights, did not act fraudulently. Namely, the enforcement was made in strict accordance with the contractual clauses of the pledge (such as instructing experts and appointing lawyers to prepare the enforcement documentation) and pursuant to loyal negotiations.

VANDENBULKE’s opinion on this judgement:

[1] For the purposes of this newsflash only legal arguments deemed relevant have been raised. The judgment contains further statements on (i) legal representation and (ii) nullity of decisions of the board of managers and shareholders that we do not analyze herewith.

[2] The Tribunal of First Instance elaborates further on the report provided by an expert on the basis of French GAAP rather than IFRS and further states that the issuer of the bonds never contested the breach of the Actual Financial Gearing ratio.