Under pressure of the EU Commission, Luxembourg, alike other EU jurisdictions, has been constrained to repeal in 2015 its tax attractive IP regime. With the view to avoid any discontinuity for IP companies based in Luxembourg, the government has worked actively to substitute a new IP regulation which should be released for 1 January 2018! We deliver below some of the main features of this new IP regime which will be BEPS compliant. Even though the range of IP assets eligible to benefit from the favourable regime is reduced, their income will still benefit from an effective tax rate of 5.20%. 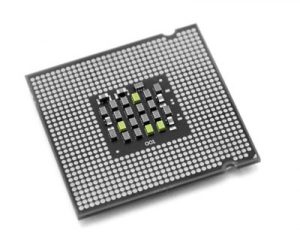 Will you IP in Luxembourg?

The new Luxembourg Intellectual Property regime (the “New IP Regime”) provides for an 80% tax exemption applicable to income related to patents and copyrighted software as well as a full net wealth tax exemption of these assets[1]. Once enacted into law, the New IP Regime should enter into force as from 1 January 2018.

Who can benefit the New IP Regime?

The New IP Regime will apply to all individuals as well as corporations resident taxpayers in Luxembourg. Similarly, it also will apply to Luxembourg permanent establishments of foreign companies resident of a state of the European Economic Area.

In principle, the Patents and the Copyrighted software are assets that shall qualify for the benefits of the New IP Regime in Luxembourg. These assets are eligible for the tax exemption to the extent that they have been created, developed or improved after 31 December 2007 through research and development activities.

The Patents are broadly defined as inventions protected pursuant to domestic and international provisions in force, by a patent, a utility model, a supplementary protection certificate, a patent extension for pediatric medicines, a plant variety protection, orphan drug designations.

The Copyrights software are defined as softwares protected by copyright according to the internal and international provisions in force.

Trademarks and domain names are expressly excluded as they fall into the category of marketing-related IP assets.

The IP income benefiting from 80% tax exemption is calculated based on a ratio taking into account the R&D costs incurred by the taxpayer, which can be summarized as follows:

The net IP income resulting from the above formula shall benefit from an 80% tax exemption. For corporate taxpayers, the IP income arising from eligible IP assets would be subject to an effective income tax rate of 5.20% (based on the 26.01% aggregate income tax rate for companies with a registered office in the city of Luxembourg, applicable as from 2018). Additionally, these assets would be fully exempt from net wealth tax.

The qualifying R&D expenditures are these directly related to the exempted IP income but not any expenditures being interest and other costs for financing the IP assets, real estate costs and/ or acquisition costs.

VANDENBULKE’s opinion what we think of the new IP Regime !

We of course welcome this new regime.  At first, we are a bit disappointed by its reduced scope of application, its size shrinking from the XXL size to the L size. Limited mainly to patents and software, we would have aspired to include some commercial IP especially since this type of IP has become paramount in the current era of Internet.

However, the New IP Regime will allow companies having moved their IP (patent holdings and software companies) to Luxembourg under the old regime to continue to benefit from the previous tax benefits. It was also crucial that Luxembourg continues to offer an auxiliary regime for tech-companies and fintech sectors. Luxembourg has the ambition to be the place of choice for sophisticated investors: an IP box was necessary. With this regime the objective is satisfactorily achieved. Finally, the IP regime is generally consistent with the announcement made earlier this year by the Prime Minister, Mr. Xavier Bettel in which he aimed at the setting up of a new IP regime in line with the international standards.

Please note that the IP bill might be subject to modifications until its enactment, which is expected to occur later this year in December.

For any additional information, please feel free to contact: